Global warming: it's a point of no return in West Antarctica

Last week saw a 'holy shit' moment in climate change science. A landmark report revealed that the collapse of a large part of Antarctica is now unstoppable 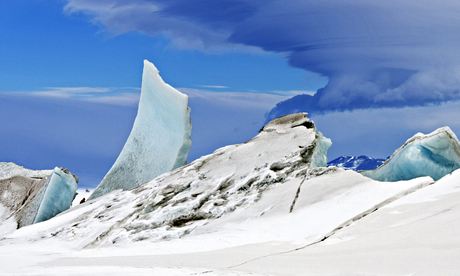 Last Monday, we hosted a Nasa conference on the state of the West Antarctic ice sheet, which, it could be said, provoked something of a reaction. "This Is What a Holy Shit Moment for Global Warming Looks Like," ran a headline in Mother Jones magazine.

We announced that we had collected enough observations to conclude that the retreat of ice in the Amundsen sea sector of West Antarctica was unstoppable, with major consequences – it will mean that sea levels will rise one metre worldwide. What's more, its disappearance will likely trigger the collapse of the rest of the West Antarctic ice sheet, which comes with a sea level rise of between three and five metres. Such an event will displace millions of people worldwide. Read More