More turtles to be born female as sand warm

Once the sands in which eggs incubate grow too hot, population could become entirely female – risking the reptile's extinction

Hotter sands triggered by a warming climate could cause greater numbers of sea turtles to be born female, increasing the reptiles’ numbers in the short term, research shows.

But the study, published in the scientific journal Nature Climate Change, warns that once the sands in which sea turtle eggs incubate grow too warm, the population could become entirely female, risking the animal’s extinction. Read More

The world�??s top 10 most unique and endangered birds - in pictures

Scientists from the Zoological Society of London and Yale University have assessed the world’s 9,993 bird species according to their evolutionary distinctiveness and global extinction risk to produce a list of the world’s 100 most unique and endangered birds. Here are the top 10. The most endagered 100 are listed below the pictures. 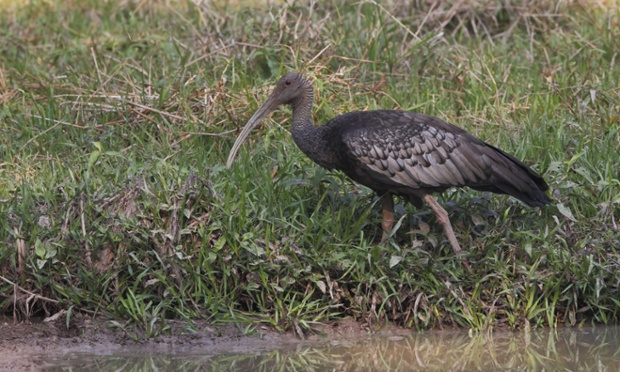 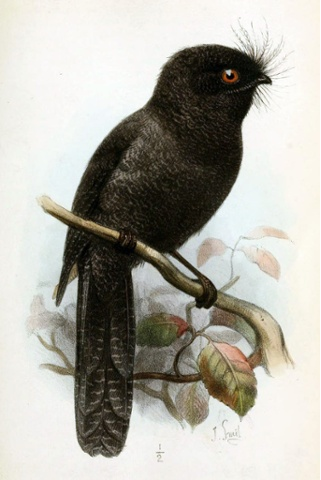 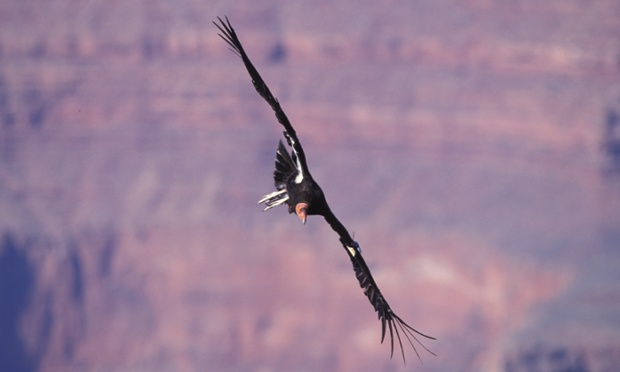 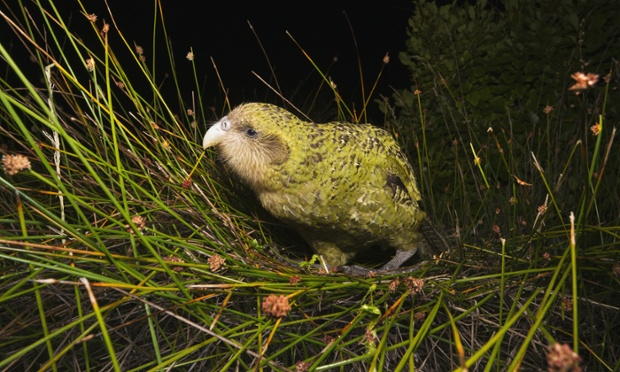 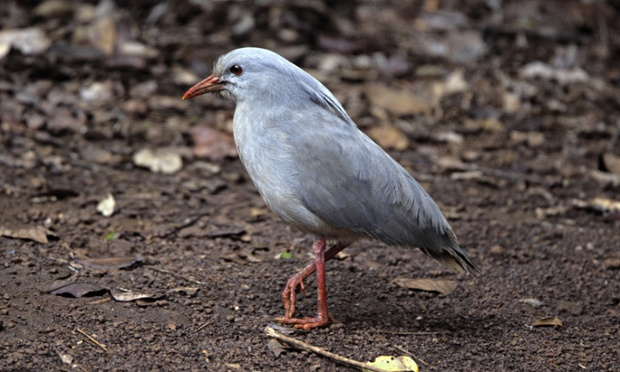 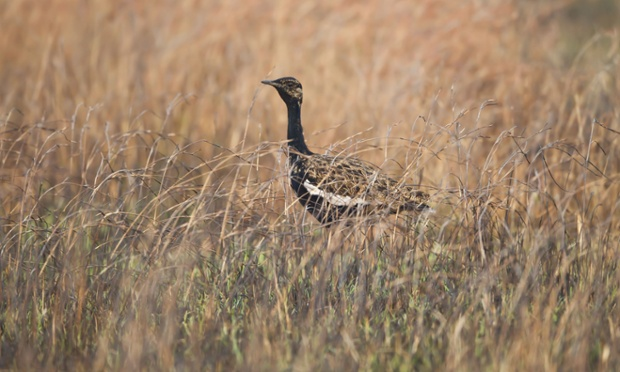 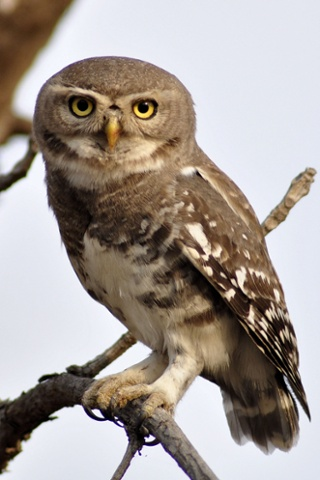 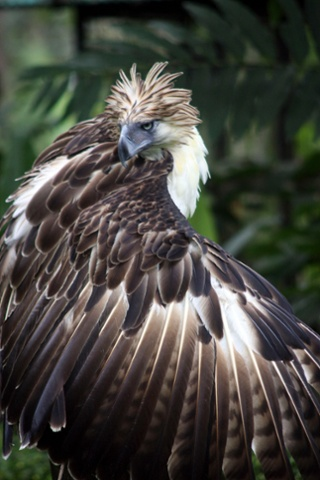 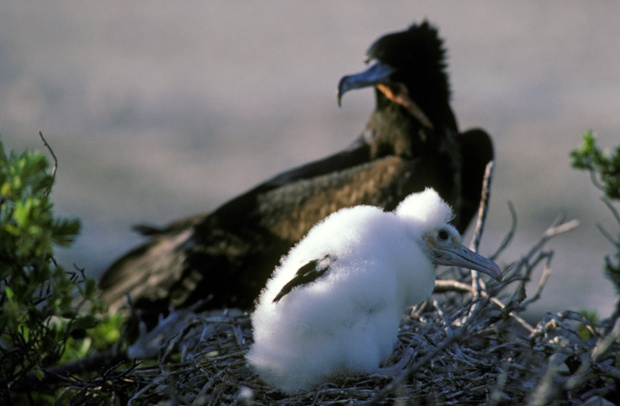 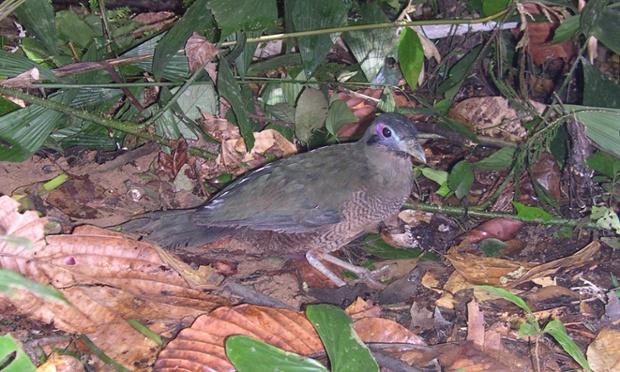 Good article on Apatability of Fauna

Here is a very good article on this, written by Prof Barry Brook, edited by Daniel Bailey, published by Skeptical Science.com

Can animals and plants adapt to global warming?

Humans are transforming the global environment. Great swathes of temperate forest in Europe, Asia and North America have been cleared over the past few centuries for agriculture, timber and urban development. Tropical forests are now on the front line. Human-assisted species invasions of pests, competitors and predators are rising exponentially, and over-exploitation of fisheries, and forest animals for bush meat, to the point of collapse, continues to be the rule rather than the exception.

Driving this has been a six-fold expansion of the human population since 1800 and a 50-fold increase in the size of the global economy. The great modern human enterprise was built on exploitation of the natural environment. Today, up to 83% of the Earth’s land area is under direct human influence and we entirely dominate 36% of the bioproductive surface. Up to half the world’s freshwater runoff is now captured for human use. More nitrogen is now converted into reactive forms by industry than all by all the planet’s natural processes and our industrial and agricultural processes are causing a continual build-up of long-lived greenhouse gases to levels unprecedented in at least the last 800,000 years and possibly much longer.

Clearly, this planet-wide domination by human society will have implications for biological diversity. Indeed, a recent review on the topic, the 2005 Millennium Ecosystem Assessment report (an environmental report of similar scale to the Intergovernmental Panel on Climate Change Assessment Reports), drew some bleak conclusions – 60% of the world’s ecosystems are now degraded and the extinction rate is now 100 to 1000 times higher than the “background” rate of long spans of geological time. For instance, a study I conducted in 2003 showed that up to 42% of species in the Southeast Asian region could be consigned to extinction by the year 2100 due to deforestation and habitat fragmentation alone. 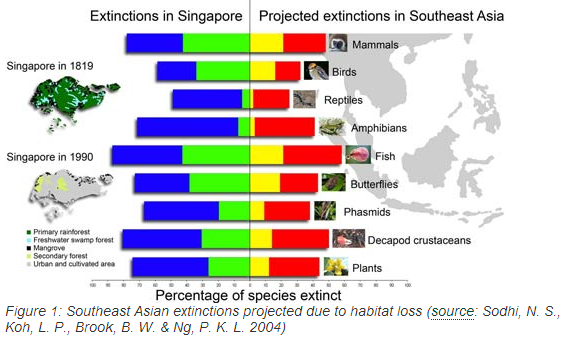 Given these existing pressures and upheavals, it is a reasonable question to ask whether global warming will make any further meaningful contribution to this mess. Some, such as the sceptics S. Fred Singer and Dennis Avery, see no danger at all, maintaining that a warmer planet will be beneficial for mankind and other species on the planet and that “corals, trees, birds, mammals, and butterflies are adapting well to the routine reality of changing climate”. Also, although climate change is a concern for conservation biologists, it is not the focus for most researchers (at present), largely I think because of the severity and immediacy of the damage caused by other threats.

Global warming to date has certainly affected species’ geographical distributional ranges and the timing of breeding, migration, flowering, and so on. But extrapolating these observed impacts to predictions of future extinction risk is challenging. The most well known study to date, by a team from the UK, estimated that 18 and 35% of plant and animal species will be committed to extinction by 2050 due to climate change. This study, which used a simple approach of estimating changes in species geographical ranges after fitting to current bioclimatic conditions, caused a flurry of debate. Some argued that it was overly optimistic or too uncertain because it left out most ecological detail, while others said it was possibly overly pessimistic, based on what we know from species responses and apparent resilience to previous climate change in the fossil record – see below.

A large number of ancient mass extinction events have indeed been strongly linked to global climate change, including the most sweeping die-off that ended the Palaeozoic Era, 250 million years ago and the somewhat less cataclysmic, but still damaging, Palaeocene–Eocene Thermal Maximum, 55 million years ago. Yet in the more recent past, during the Quaternary glacial cycles spanning the last million years, there were apparently few climate-related extinctions. This curious paradox of few ice age extinctions even has a name – it is called ‘the Quaternary Conundrum’.

Over that time, the globally averaged temperature difference between the depth of an ice age and a warm interglacial period was 4 to 6°C – comparable to that predicted for the coming century due to anthropogenic global warming under the fossil-fuel-intensive, business-as-usual scenario. Most species appear to have persisted across these multiple glacial–interglacial cycles. This can be inferred from the fossil record, and from genetic evidence in modern species. In Europe and North America, populations shifted ranges southwards as the great northern hemisphere ice sheets advanced, and reinvaded northern realms when the glaciers retreated. Some species may have also persisted in locally favourable regions that were otherwise isolated within the tundra and ice-strewn landscapes. In Australia, a recently discovered cave site has shown that large-bodied mammals (‘megafauna’

were able to persist even in the arid landscape of the Nullarbor in conditions similar to now.

However, although the geological record is essential for understanding how species respond to natural climate change, there are a number of reasons why future impacts on biodiversity will be particularly severe:

A) Human-induced warming is already rapid and is expected to further accelerate. The IPCC storyline scenarios such as A1FI and A2 imply a rate of warming of 0.2 to 0.6°C per decade. By comparison, the average change from 15 to 7 thousand years ago was ~0.005°C per decade, although this was occasionally punctuated by short-lived (and possibly regional-scale) abrupt climatic jolts, such as the Younger Dryas, Dansgaard-Oeschger and Heinrich events.

B) A low-range optimistic estimate of 2°C of 21st century warming will shift the Earth’s global mean surface temperature into conditions which have not existed since the middle Pliocene, 3 million years ago. More than 4°C of atmospheric heating will take the planet’s climate back, within a century, to the largely ice-free world that existed prior to about 35 million years ago. The average ‘species’ lifetime’ is only 1 to 3 million years. So it is quite possible that in the comparative geological instant of a century, planetary conditions will be transformed to a state unlike anything that most of the world’s modern species have encountered.

C) As noted above, it is critical to understand that ecosystems in the 21st century start from an already massively ‘shifted baseline’ and so have lost resilience. Most habitats are already degraded and their populations depleted, to a lesser or greater extent, by past human activities. For millennia our impacts have been localised although often severe, but during the last few centuries we have unleashed physical and biological transformations on a global scale. In this context, synergies (positive or self-reinforcing feedbacks) from global warming, ocean acidification, habitat loss, habitat fragmentation, invasive species, chemical pollution (Figure 2) are likely lead to cascading extinctions. For instance, over-harvest, habitat loss and changed fire regimes will likely enhance the direct impacts of climate change and make it difficult for species to move to undamaged areas or to maintain a ‘buffer’ population size. One threat reinforces the other, or multiple impacts play off on each other, which makes the overall impact far greater than if each individual threats occurred in isolation (Brook et al 2008). 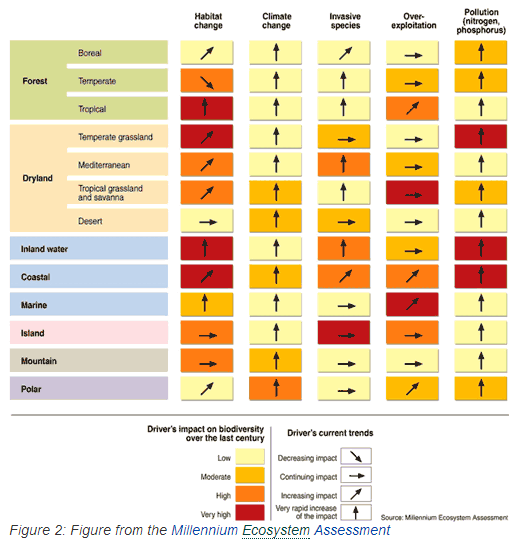 D) Past adaptation to climate change by species was mainly through shifting their geographic range to higher or lower latitudes (depending on whether the climate was warming or cooling), or up and down mountain slopes. There were also evolutionary responses – individuals that were most tolerant to new conditions survived and so made future generations more intrinsically resilient. Now, because of points A to C described above, this type of adaptation will, in most cases, simply not be possible or will be inadequate to cope. Global change is simply too pervasive and occurring too rapidly. Time’s up and there is nowhere for species to run or hide.